Mighty wants to ‘make Chrome faster’ by streaming a browser from the cloud, starting on macOS 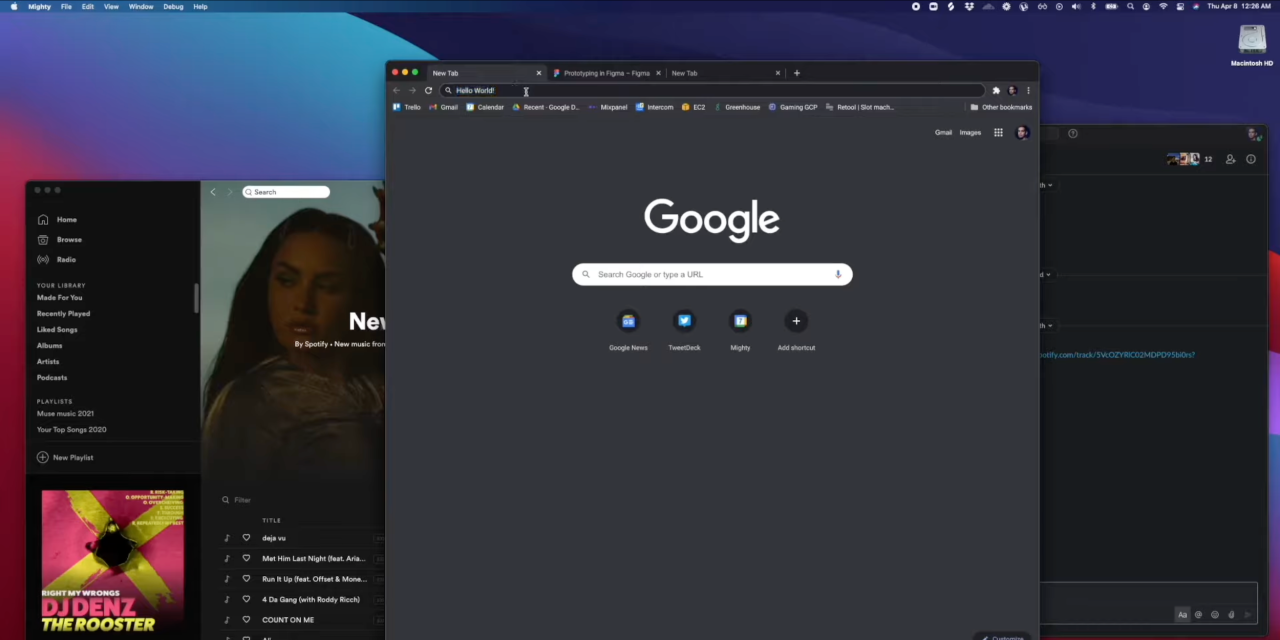 With the underlying concept popularized by Stadia and other game services, Mighty wants to stream an entire Chromium browser from the cloud. The effort emerged this week after two years of development with a tagline of “Make Chrome Faster.”

Mighty wants to address the often-heard complaint that Chrome is slow. Over the past few releases, Google has been working to address this through various techniques and optimizations, but this new company’s approach is to stream “your browser from a powerful computer in the cloud.”

Over the last two years, Mighty designed a custom server to “keep costs low,” built a low-latency networking protocol, and forked Chromium to “integrate directly with various low-level render/encoder pipelines.” The browser also “interoperates” with macOS features and all demos today are on Apple devices. The baseline internet speed mentioned on the launch post today is 100Mbps. For comparison, Stadia in 4K requires 35Mbps or greater.

The company originally set out to stream Windows, which would have been similar to Shadow.tech, but eventually opted for just a browser, given how the “OS is becoming increasingly irrelevant as we near the end of a multi-decade shift from desktop to web apps.”

When we first started Mighty, our plan was to stream Microsoft Windows. But after talking to users we learned that they were using their browser most of the time and what they really needed was a faster browser:

Meanwhile, Cloudflare last year announced a Browser Isolation beta where browsing sessions similarly run in sandboxed data centers. However, the approach differs by just sending the final output of a browser’s web page rendering (draw commands) instead of “streaming pixels to the user.” Besides being more data efficient, it’s compatible with any HTML5 browser.

Each browser instance is powered by “16 vCPUs” running on dual Intel Xeon processors that clock up to 4GHz, Nvidia GPUs, and 16GB of RAM. This cloud implementation is said to let you load anywhere from “50+” to “hundreds of tabs without it stalling, freezing, and slowing down your computer,” while also speeding up renders for graphics-intensive workloads, like Figma.

You install a thin client on macOS that locally uses “10x less memory than Google Chrome” — specifically no more than 500MB of RAM — because you’re just streaming and interacting with a video window. The cloud browser runs at 4K and 60 frames per second, with Mighty promising that you “won’t feel lag while typing, moving your mouse, or scrolling.”

As a Chromium fork, the UI is relatively unchanged from Chrome while a number of custom shortcuts have been implemented, like option + tab to move between open pages and command + M to search Google Drive.

On the privacy front, “keystrokes are encrypted over the wire when being sent” to the hosted cloud machine. Mighty says everything from cookies to your browsing history is kept private and will “never be sold.” The company will have a third-party audit its code and infrastructure yearly.

You can “request access” today by filling out a form, while pricing looks to be $30 per month.