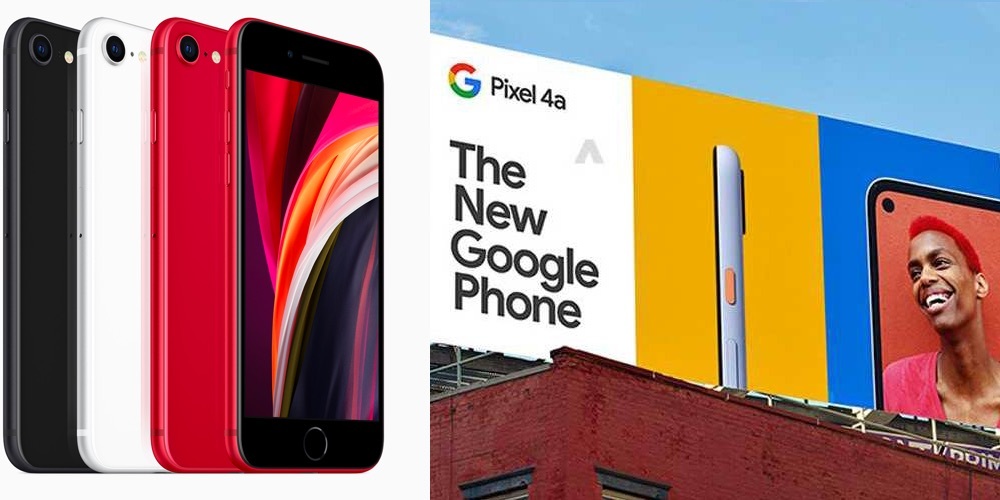 Today is iPhone SE 2020 launch day and as per usual our sister site 9to5Mac nailed all the details weeks ago (runs in the fam). But with the new $399 iPhone SE officially out, we take a look at its value proposition compared to the upcoming Pixel 4a that we exclusively detailed last week.

iPhone SE A-Game vs Pixel 4a

Since I use both Pixel and iPhone I’m always comparing the two device families. I have to say that Apple has brought its A-game with the iPhone SE 2020. With the COVID-19-induced recession happening globally, millions of people out of work or with reduced pay, this was Apple’s moment to cut its price from the $449 it was charging for the iPhone 8. But it also somehow juiced the specs in a big way.

But that doesn’t mean Google is standing still. It has an improved processor, display, camera and overall build that will bring it more in line with the screen-to-body ratios found on modern flagships.

iPhone SE vs Pixel 4a price

The $399 iPhone SE is an incredible price for Apple particularly because it has the same A13 chip that is in its $1,000+ iPhone 11/11 Pro models. Why is an A13 important? It means that the SE is not only a flagship-speed device now but it will likely have upgrades to the latest OS for 4-5 years. Google has been good on Pixel updates, but not that good.

The A13 also takes laps on even the highest-end 800-series chips from Qualcomm, much like the mid-range Qualcomm 730 the Pixel 4a is expected to have.

One way Google could combat the price advantage is to offer 128GB of storage at the entry-level. Stephen Hall’s sources think that might be happening.

Not confident enough for a post, but one note on Pixel 4a (mentioned this on @abcscoop last week): I've heard from someone I trust that Google will start it at 128GB for $399. Might slightly help it stack up against SE.

Since the Pixel came out, it has been the still camera king (though others like Huawei are doing amazing things), and I still think that if I’ve got a second to shoot something, the Pixel line is going to give me the best still shot. That said, Apple really upped not only its camera hardware game this year but also software in stills.

On the front side cameras, Pixel 4a’s front side punch hole camera will be more cool but will retain mid-tier specs.

On video, I think Apple almost definitely has the lead and with the SE doing 4K 60fps video, it is hard to imagine a better $399 4K video recording device. As of right now we expect modest bump on the Pixel’s video capabilities similar to Pixel 4’s.

Build quality is subjective but materials are not. Mid-range Pixels are polycarbonate plastic which have weight advantages, heat dissipation/insulation advantages, as well as radio transparency advantages. iPhones are aluminum which often feels like a more premium material even if it does slightly affect weight negatively. When you drop a plastic phone it is more likely to crack versus aluminum which is more likely to bend.

For me, I’ve gone back and forth. I like the premium feel of metal but as far as advantages, plastic is often better. Aluminum is better for recycling however.

In the Pixel’s favor:

Even if Google launches it at $399, you know as soon as Google’s biggest fans pay $399, Google will drop the price $50 or $100. Last year, the Pixel 3a was effectively available for $299 in the form of $100 gift card promotions in the first week. Apple doesn’t often discount the iPhone, particularly near launch. So wait for that price drop.

Also Siri is still years behind Google Assistant. It isn’t even close. This is a big deal for device input and getting information quickly and easily. If you are a big voice commands person, Google wins big here.

Google services integration is key. Apple’s in house apps range from garbage to improving. Apple Maps is definitely getting better (it started from literally nothing) but it will never catch Google Maps. That said, all of Google’s best apps are readily available on the iPhone and have you seen Google’s messaging app strategy lately?

Probably the biggest differentiator is the Pixel 4a’s display is much more (if not better) than iPhone. Pixel 4a comes with a 5.81 inch OLED FHD+ panel, but its resolution comes in at a slightly-improved 2340 x 1080. Compare that to the iPhone SE 2020’s 4.7-inch with only 1334-by-750 pixels. That’s going to be a huge difference in experience and even more so with face-on VR applications. Frankly, I wouldn’t even try VR on iPhone SE.

iPhone SE 2020 is really setting a high bar this year, particularly matching the Pixel (a) series price points. From what we’ve heard so far about Google’s Pixel 4a, it sounds like Apple might be winning this round. For me, a lot of the stuff like longevity and trade in value and little things like Qi charging are making a Pixel 4a purchase harder to justify.

But don’t count the folks from Mountain View out yet; they are a pretty intelligent bunch and I’ll be watching out for the Pixel 4a announcement for some surprises.

What do you think? Are you tempted to try an iPhone SE or are you sticking with Pixel 4a?