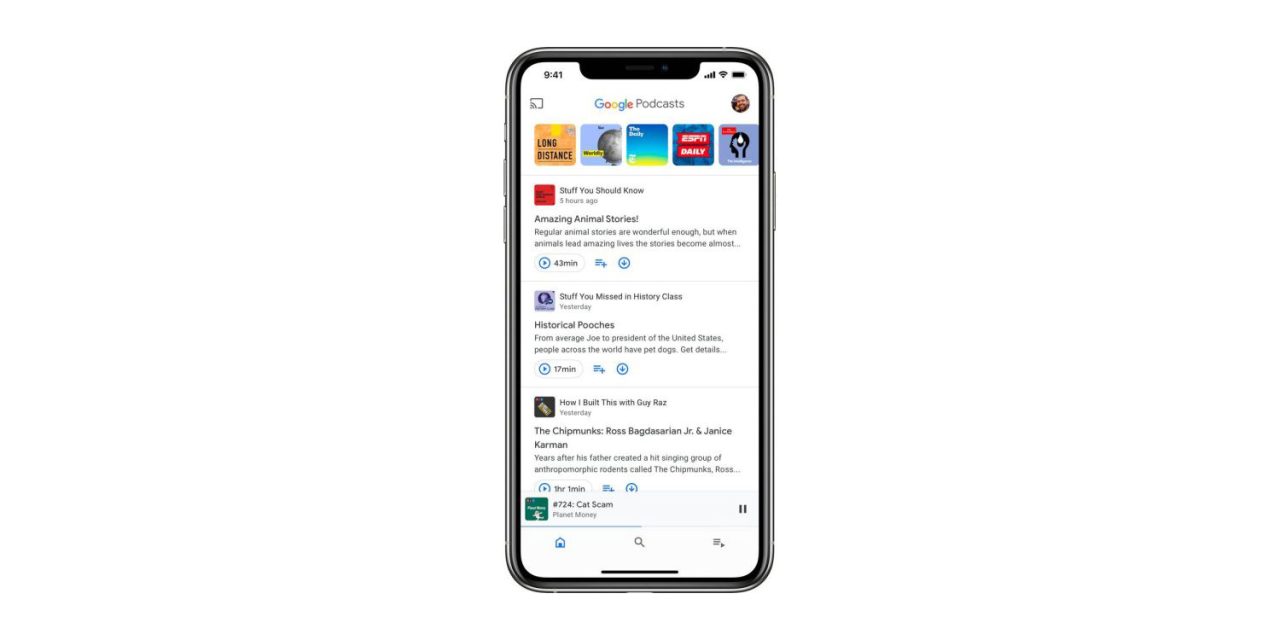 Google Podcasts has been built out in beta on Android and the web over the past several months, and now it’s getting some big updates. Today, Google is releasing an official Google Podcasts app on iOS as it officially reveals a redesign for the service.

Engadget reports that Google Podcasts will be available in the Apple App Store for iOS devices. The app isn’t live on the platform at the time we’re covering this, but when it does go live you’ll see it if you click here.

Update 3/25: As of this morning, Google Podcasts is now live for iOS on the App Store. In a blog post, Google has also clarified that its “web redesign” mention below is actually just the addition of subscription support on the web.

Google Podcasts for iOS works, apparently, just like the Android app. It features a Home tab with your regular podcasts, some you may be interested in, and also Explore and Activity tabs to house functions such as history, downloads, and popular/trending podcasts.

Notably, this is also the exact same design that Google rolled out to Android users over the weekend. With the announcement of its iOS counterpart, that new Google Podcasts design is also officially announced by Google. Apparently, we can also expect some form of this redesign to hit the web experience soon, too.

For Android users who have yet to get the new design, Google apparently confirmed it will be available by the end of this week to everyone. 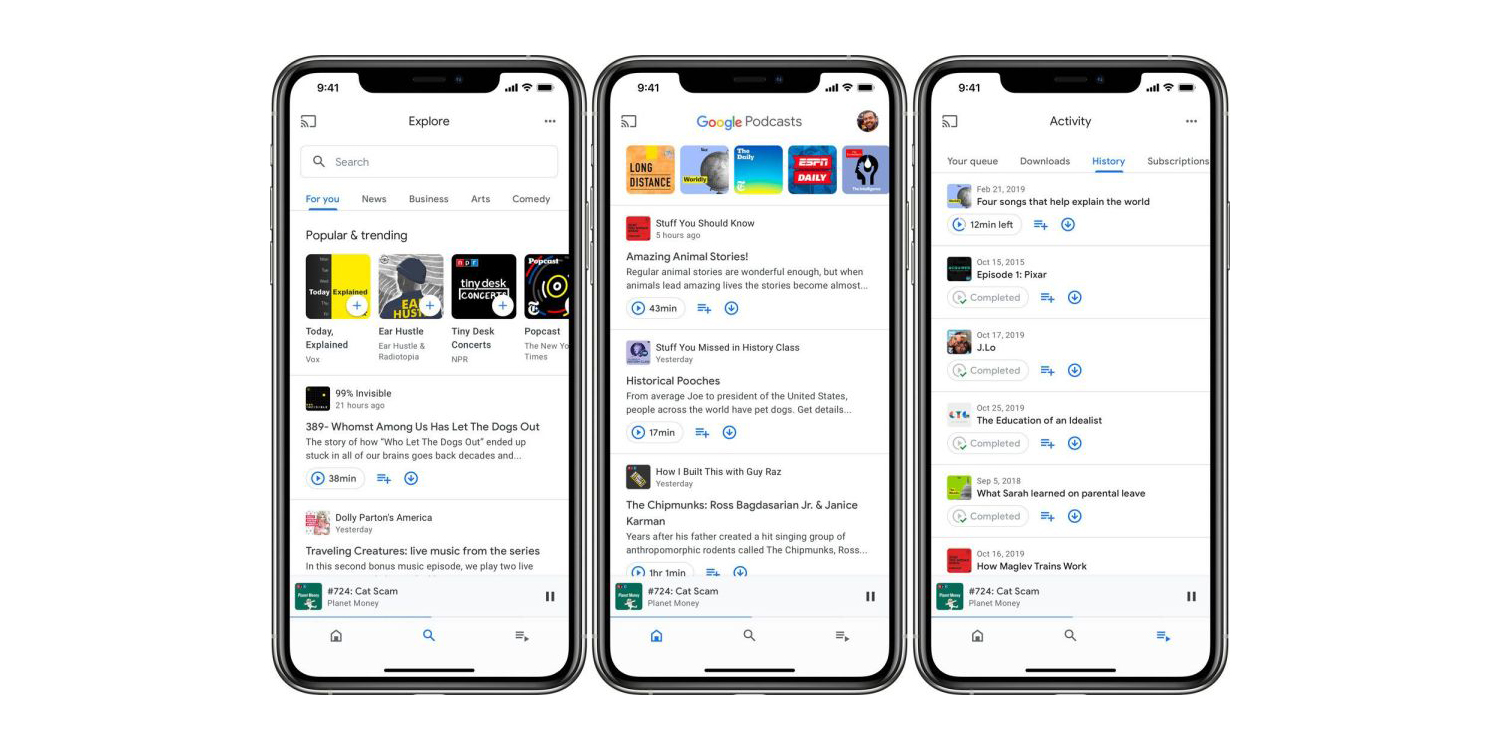 Why should anyone use Google Podcasts on iOS versus the pre-installed Podcasts app or other alternatives? Personally, I’d download it for the sake of cross-platform support. Using Google Podcasts, I’d be able to keep my same collection of podcasts as well as my place in those podcasts between an iPhone, Android smartphone, the web, and a Google Home speaker.